Australia, along with the rest of the world is transitioning into a cleaner and sustainable mode of transportation. The sale of petrol and diesel cars will be banned all over Europe by 2040. All the major car manufacturers have announced plans to move away from petrol and diesel vehicles. Half of all cars sold worldwide will be electric or hybrid-electric by 2030. 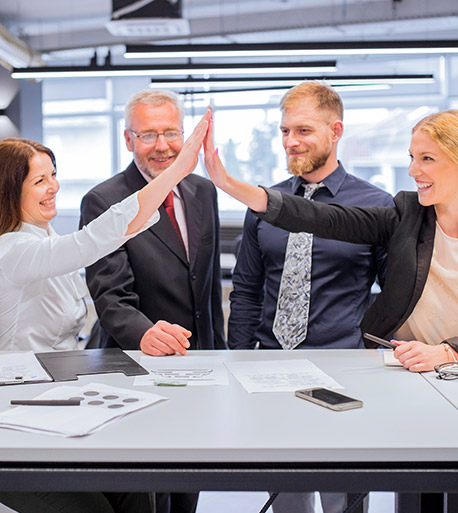 EV Infrastructure is a new area of knowledge for majority of our potential clients. A comprehensive knowledge on the technical aspects is required to attain the best solution for the EV infrastructure project. Our team has experienced a deviation between best product & service for the client’s need and the specifications they propose during procurement.

The transition to electric vehicles will take place with or without government subsidies.

The transition to electric cars will take place over the next 10 years whether or not State and Federal governments provide any financial assistance. Subsides will simply speed up the adoption rate. The question for the Government is would the money spent on subsidizing electric cars be better spent on other electric vehicle transport initiatives such as increasing the capacity of the electricity grid to cope with the power demands of electric cars?

Range is no longer an issue, but price is a problem in the short term.
Most new electric cars will have a range of 300 km or more at freeway speeds. Range ceases to become an issue for consumers at 300 km. Most consumers can complete their daily drive in less than 300 km. However, price is still an issue. The Renault Zoe electric car costs $50,000 and is roughly the same size as the petrol Renault Cleo which costs $20,000. We expect price parity between reasonably priced petrol and electric cars by 2026 or possible earlier once production of electric ramps up and economies of scale kick in. Top of the range electric cars such as the Telsa Model S, Model 3 and the Jaguar i-Pace are already approaching price parity with premium petrol and diesel cars. The tipping point for the mass adoption of electric cars will be a $30,000 electric car with a 300 km range
There will not be a huge demand for public electric vehicle charging infrastructure
Ninety percent of all charging will be at home. Commercial charging station networks will have difficulty competing with home charging as consumers will opt for the convenience of charging at home at cheap overnight rates and/or using cheap power self-generated by solar PV and home battery systems or subsidised by a solar feed in tariff.

There will be a limited market for freeway and destination charging stations to enable electric vehicles to travel long distances. In our opinion, Federal and State governments do not have to spend copious amounts of money subsidising the roll-out of large numbers of public charging stations when most charging will take place at home or at work. Furthermore, the fuel distribution companies already have plans in place to install DC fast charging stations at selected petrol service stations.
The capacity of the electricity grid will have to be enhanced to cater for the large number of electric cars charging in the suburbs.
The average length of a car journey in Australia is 50 km. An electric car will use approximately 10 kWh to travel 50 km at freeway speeds.

The existing electricity grids are not sized to cater for a doubling of electricity demand in the suburbs and will require considerable investment from the Government to enable the transition to electric vehicles. Extra grid capacity will be required even if drivers are incentivised to charge at night by the provision of cheap overnight rates.
Building regulations need to be amended to upgrade the allowable maximum power consumption of residential and commercial buildings to allow reasonably fast charging of electric vehicles.
The current regulations governing the maximum allowable power supply for domestic houses and apartments are insufficient to allow reasonably fast charging of electric vehicles.

The average two-bedroom apartment uses 2 kWh per day. An apartment owner who buys an electric car will increase their consumption by factor of 5. The grid connections in most apartment blocks are undersized for electric vehicle car charging and will need to be enhanced.
Apartment Charging - Payment Systems.
Strata’s and body corporates need a mechanism to charge apartment owners for power consumed in common area car parks. Payment systems like Charge Star allow strata’s and body corporates to meter and bill for power. Lack of payment systems for common area car parks is no longer an obstacle to the adoption of electric vehicles.
Street charging for electric vehicle owners with no off-street parking
Local authorities must examine charging solutions for electric vehicle owners in terraced houses with no off-street parking. One option may be to use existing infrastructure such as power poles and street lighting poles as mount points for charging stations.
Industry Disruption and Job losses
There will be seismic shift in the fuel distribution network in Australia. Electricity retailers will replace the fuel retailers. Hello Origin. Goodbye Caltex.

Companies like Viva Energy (Shell), Puma, Vibe, Caltex and BP will be wiped out as their market disappears. Fuel retailers will have difficulty competing with the convenience and cost of cheap home charging even if they install DC charging stations in local service stations. Most local service stations will disappear
The Business Case for Electric cars.

On average, electric cars are twice the price of petrol cars. Fuel savings are not sufficient to recoup the cost of the additional capital required to purchase electric cars particularly if the fleet rotation period is two to three years.

The only cars that could conceivably be considered within the budget of most fleet managers are the Hyundai Ionic, Nissan Leaf and Renault Zoe. All of these cars retail at around $50,000 drive away which is more than twice the cost of an equivalent petrol car. Electric vehicle sales will struggle until the price differential between electric cars and petrol/diesel cars is <= 10%. The industry expects price parity with petrol cars and soft roader SUVs by 2025.

The existing benefits for business are indirect; a lower carbon footprint and a cleaner environment.